To share your memory on the wall of Masako Clemens, sign in using one of the following options:

Loyal wife, loving mother, Masako was born October 17, 1919, in Kobe, Japan, she was the daughter of Bukichi and Tsune ... Read More
MASAKO INOUE CLEMENS, of Mount Penn, passed away at The Highlands, on the morning of June 3, 2020, at the age of 100.

Loyal wife, loving mother, Masako was born October 17, 1919, in Kobe, Japan, she was the daughter of Bukichi and Tsune Inoue. Preceded in death by her husband, Theodore C. Clemens and daughter, Marry Ann Clemens, sisters Yasuko Ushio, Sumiko Inoue, and brother Junichi Inoue. She is survived by her daughter, Jo-Ann Inoue Clemens of Harrisburg, and nephews and nieces residing in Japan.

Masako, also known as Patsy Inoue, was a soloist with NHK Japan Broadcasting Corporation chorus and orchestra in Osaka. This is where she met her husband, Army Sgt. Ted Clemens, who worked for the Far East Network. To this date, Sgt. Clemens is known as “Cowboy Clem”, the person who introduced country music to Japan.

In 1968, the Clemens family moved to Mount Penn, PA. Shortly thereafter, Masako joined the Pennside Presbyterian Church and the American-Japanese Alumni, a social group originally organized to assist war brides. For decades she was active in both. She also was employed by Crystal Industries as Manager of Quality Control.

Masako had wide-ranging artistic talents, cooking, baking, sewing, crafting. But her outstanding gift was her rich and powerful singing voice. A classically-trained soprano, she inspired audiences from Osaka to Paris to Pennside. In 1946, she was featured in American Clubs in Japan, recorded popular songs with Japan Columbia Recording Co., in Tokyo, and had a radio show called “Date with Patsy”. Upon coming to Reading, she became a member of the Reading Choral Society, was a sought-after soloist and a cherished member of the Pennside Presbyterian Church choir. Strains of her singing 'O Holy Night', still reverberate through the Pennside Church on Christmas Eve.

A memorial service will be held at Pennside Presbyterian Church at a date to be announced.

Contributions in her memory may be made to Pennside Presbyterian Church, 253 N. 23rd Street, Reading, PA 19606.

We encourage you to share your most beloved memories of Masako here, so that the family and other loved ones can always see it. You can upload cherished photographs, or share your favorite stories, and can even comment on those shared by others.

Posted Jun 11, 2020 at 10:32am
Dear Jo-Ann,
Sorry for your loss. Your mother was a beautiful woman and our friend. We very much enjoyed knowing her. She was a blessing to so many.

Posted Jun 10, 2020 at 12:19pm
Jo Ann, I'm so sorry to hear about your mothers passing. I would like to offer my sincerest condolences. She was a great person, with a great voice, and I'm wishing you comfort at this moment in life. Please take care.
Comment Share
Share via:
ND

Posted Jun 10, 2020 at 09:27am
Fond memories of Masako and her beautiful gift of voice, her poise, and lovely smile.
JoAnne you've been blessed with all of the above.
Comment Share
Share via:
JB

Posted Jun 10, 2020 at 01:17am
Dear JoAnn, I'm so sorry to hear about your mom. I enjoyed the stories & talks & laughs I had with your mom. It was a pleasure working with your mom. I'm so glad I was blessed to meet her and Rusty
Comment Share
Share via:
KU

Kenji Ushio purchased the Dawn of Remembrance Basket for the family of Masako Clemens. 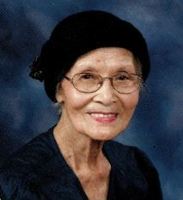 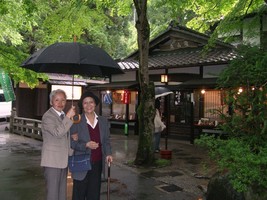 Masako and Tokiko(Daughter of Masako's sister, Yasuko) visiting Kyoto, Japan on May 2008. Picture taken by Akiko, Tokiko's daughter, who accompanied her mother and great-aunt at this memorable trip. 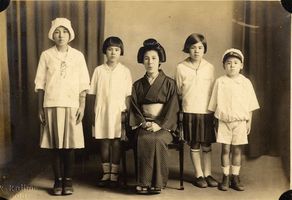 Inoue Family
4
4
Add Photos
Upload up to 10 images at a time, max 8MB each