To share your memory on the wall of Jacqueline Leinbach, sign in using one of the following options:

Provide comfort for the family of Jacqueline Leinbach with a meaningful gesture of sympathy.

Jackie was born in Reading, Pennsylvania on February 21, 1953, the youngest of five children born to Raymond S. & Margaret O. (Fegley) Leinbach. She graduated from Exeter High School in Reading and then went on to attend Bloomsburg State University in Bloomsburg, PA, where she earned her Bachelor of Arts degree in History in 1975.

She married Gary Buch in 1976 and they lived in Ellsworth, Maine where they both worked as artists until 1978. They traveled throughout Europe for three months and then moved to Ellensburg where Gary attended Central Washington University in the graduate art department. That marriage later ended in divorce.

Jackie’s first love was to be an artist. She helped to manage several art galleries, including Western Art Gallery, Community Art Gallery (now Gallery One) and was also the show coordinator for the Annual Western Art Show and Auction from 1982-86.

In 1986, Jackie changed careers and was hired by Investors Diversified Services (now Ameriprise Financial Services, Inc.) as a financial advisor and stockbroker. She also married her companion of seven years, Stephen S. Maeder, that same year. They chose not to have children and their marriage lasted until 1999.

Ultimately, Jackie found herself most content in the company of her dogs. She was quite fond of the mastiff breed, Cane Corso. One of her favorite pastimes was to hike her property at Ellensburg Ranches with her dogs. She loved the privacy and peacefulness of her home and property and spent most of her free time there. Quite often, one of her dogs would also accompany her to the office.

Jackie is survived by her ex-husband, Steve Maeder; brother James C. Leinbach of Reading, PA; nephew Jeffrey R. Leinbach of Martinsburg, WV as well as many dear friends. She was preceded in death by her parents and three siblings, John M. Leinbach, Thoms R. Leinbach and Jean M. Leinbach.

To plant a memorial tree in honor of Jacqueline A. Leinbach, please visit our Heartfelt Sympathies Store.

We encourage you to share your most beloved memories of Jacqueline here, so that the family and other loved ones can always see it. You can upload cherished photographs, or share your favorite stories, and can even comment on those shared by others.

Posted Dec 10, 2018 at 10:04pm
My most heartfelt condolences to go to Jackie's family. Jackie was a true woman warrior - strong, determined and bravery with a deep love for her family, friends, and the animals on this planet. She will be missed but she's now home with God and her siblings that have passed before her. Rest In Peace my dear old friend
Comment Share
Share via:
KD

Posted Dec 10, 2018 at 06:08am
We are so sorry to learn of your sister's passing. Sending you lots of prayers for peace at this very difficult time.
Comment Share
Share via: 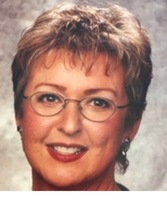