To share your memory on the wall of Nicholas Duffy, sign in using one of the following options:

Nicholas is remembered for being a loving and compassionate father, husband, brother and uncle. His children - Nicholas Thomas Duffy, Jr., Ashley Lynn Duffy, Zachary John Duffy, as well as his brother James Duffy, survive him. The mother of his three children Donna Marie Duffy, was a lifelong friend. David Thomas Swope, whom Nicholas developed a relationship with at at early age, was supportive and caring until the very end.

Nicholas put his children first every single day. After being diagnosed with Stage IV Pancreatic Cancer in August 2015, he fought the disease relentlessly. Nicholas had the opportunity to see his two oldest children excel in their careers, while his youngest graduated college. Nicholas spent the past few years enjoying what he was most passionate about. This included Saturday afternoons at the Fairgrounds Farmers Market to appreciate local goods, trips to Green Bay to see his beloved Packers play, and Elton John concerts with his children.

Thank you to all family and friends that supported Nicholas and his family during this time.
GO PACK GO!
Services are private. For online condolences please visit www.LutzFuneralHome.com
Read Less

There are no events scheduled. You can still show your support by sending flowers directly to the family, or planting a memorial tree in memory of Nicholas T. Duffy Sr..
Plant a Tree

We encourage you to share your most beloved memories of Nicholas here, so that the family and other loved ones can always see it. You can upload cherished photographs, or share your favorite stories, and can even comment on those shared by others.

Our deepest sympathies. Nick was always so friendly and kind. Thinking of all of you at this sad time.

Posted Mar 21, 2019 at 02:19pm
Sincere condolence to all . May the love of family, the support of friends , and the many fond memories shared over the years bring you comfort. The Bible gives hope. It says that our Heavenly Father will end suffering,pain and death. The hope of being reunited with our loved one ones. Revelation 21:4 and John 5:28,29
Psalm 46:1 God is our refuge and strength,a hope that is readily found in times of distress
Comment Share
Share via:
CP

Posted Mar 20, 2019 at 09:19pm
It is not often in life to meet someone like Nick. Always happy always optimistic.Even on days that were trying Nick always seemed to smile. I never met a man as proud of his children and their accomplishments . I will miss my old friend but I know that he and our buddies will be waiting for me at the new wall. My deepest sympathy to Nick's family.
Comment Share
Share via:
MM

Posted Mar 20, 2019 at 08:39am
It was both an honor and a privilege to have met and befriended Nick so many years ago. Although we did not maintain our association, as life has a way of doing, his influence upon me has lasted a lifetime.
I and my own beautiful family seemed isolated onto ourselves as fervent Green Bay Packer fans living so many miles from Lambeau Field. When Nick came into our lives, we realized that we were not alone…not at all!
Our most sincere condolences and heartfelt prayers for Nick’s family and friends. Nick has given us a template to aspire to be the best that we can be; in empathy, understanding, giving of one’s self, and love.
Peace…and, of course, “GO PACK GO!”
The Mont Family

Posted Mar 19, 2019 at 08:26pm
My condolences go out to all of Nick's family. Nick is my 2nd cousin - our grandfathers were brothers. Nick's Mom, Mary, introduced him to me and his brother, Jim, many years ago when I was researching our family. From the moment I met both Nick and Jim it was like we had known each other all our lives. Nick was polite, respectful, caring and most of all he loved his family very, very much. I am shocked and very saddened by Nick's passing. My thoughts and prayers are with his kids and the rest of his family. God Bless you, Nick. May you rest in peace.
Comment Share
Share via: 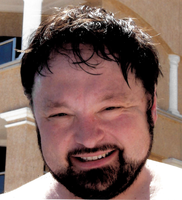