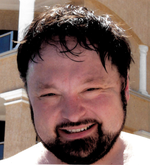 Nicholas Thomas Duffy, Sr., 61, passed away at home on March 18. 2019, surrounded by his family. He was born on May 15, 1957, in Reading, Pennsylvania. Raised by his mother, Mary Ann Duffy, Nicholas graduated from Mount Penn High School in 1976 before pursuing a career in sales over 20 years.

Nicholas is remembered for being a loving and compassionate father, husband, brother and uncle. His children - Nicholas Thomas Duffy, Jr., Ashley Lynn Duffy, Zachary John Duffy, as well as his brother James Duffy, survive him. The mother of his three children Donna Marie Duffy, was a lifelong friend. David Thomas Swope, whom Nicholas developed a relationship with at at early age, was supportive and caring until the very end.

Nicholas put his children first every single day. After being diagnosed with Stage IV Pancreatic Cancer in August 2015, he fought the disease relentlessly. Nicholas had the opportunity to see his two oldest children excel in their careers, while his youngest graduated college. Nicholas spent the past few years enjoying what he was most passionate about. This included Saturday afternoons at the Fairgrounds Farmers Market to appreciate local goods, trips to Green Bay to see his beloved Packers play, and Elton John concerts with his children.

Thank you to all family and friends that supported Nicholas and his family during this time.
GO PACK GO!
Services are private. For online condolences please visit www.LutzFuneralHome.com