To share your memory on the wall of William Johnson, sign in using one of the following options:

"Old Bill Johnson" passed away Tuesday, April 30th at his home in Hampden Heights, Reading. Although Bill could have died a dozen times before this over the past 39,655 days, he chose this Tuesd... Read More
William Lee Johnson - 108 years & 7 months

"Old Bill Johnson" passed away Tuesday, April 30th at his home in Hampden Heights, Reading. Although Bill could have died a dozen times before this over the past 39,655 days, he chose this Tuesday to move on.

He was the husband of Tex Johnson (99), a well-known antiques dealer in Berks Co. to whom he was married for 78 years tying the knot a few weeks after the bombing of Pearl Harbor. He was the father of Kristofor L. Johnson with whom he spent many hours catching fish in the Poconos. The local trout are the only creatures who are glad Bill will no longer be fishing.

Bill is survived by one grandson William Kristofer and was the middle child of Harley C. Johnson and Signa (Swanson) Johnson. He was born in Oxford, Indiana in 1910 and had an older sister, Leona and a younger brother, Woodrow who predeceased him. In fact, Bill is predeceased by virtually everyone he ever knew.

He was a graduate of the Purdue University class of '32 and graduated with his BS degree in Electrical Engineering. It was at Purdue when he first started his own business during the Prohibition making 'bath tub' gin and selling it to fraternity houses on campus. He might have been expelled for engaging in such an enterprise except the Dean of Women was a good customer too.

He was in R.O.T.C. at Purdue and after graduation enlisted in the Army reaching the rank of Lt. Colonel Field Artillery. Since he had experience as an Industrial Engineer in the textiles business, having worked for Union Special (an industrial sewing machine manufacturer), he was assigned to the Philadelphia Quartermaster Corp. where he served for six years during WWII. He was responsible for the design and specifications of most military clothing from the early M-65 olive drab all weather coat to bras for the WACs. He even was directed to manufacture full length leather coats for Russian officers during the war. He was a lifelong friend of Ely Calloway (Calloway Golf, Calloway Vineyards), who was one of his junior officers during those war years.

He was President of Mistee Lingerie Company in Boyertown and was owner of Hope Hosiery in Adamstown, PA where he had an active role well into his 90's. He served as a director on the board of National Penn Bank and was a Director of the National Hosiery Manufacturing Association.

Numerous times people would ask him, "You've seen so much over the years, which of man's inventions impresses you the most?" He would quickly give the same response each time..."the wheel barrow". The world has lost a truly wise man.

Memorial services will be held for family, close friends and business associates on Friday, May 10th at 11:00 am in Lutz Funeral Home, Inc., 2100 Perkiomen Ave., Reading. Interment is private. In lieu of flowers, contributions in Bill's name should be sent to Historic Preservation Trust of Berks County, PO Box 245, Douglassville, PA 19518 or...in lieu of that, kick a squirrel out of a bird feeder....that would really make him happy.

We encourage you to share your most beloved memories of William here, so that the family and other loved ones can always see it. You can upload cherished photographs, or share your favorite stories, and can even comment on those shared by others.

Posted May 10, 2019 at 09:23am
To dear Tex and Kris. From our family to yours a sincere sympathy to you loosing a “treasure” of so many years. We love you Bill. Our hearts are with you.—-Much love and healing ....Janet Lutz
Comment Share
Share via:
VB

Posted May 08, 2019 at 11:14am
Billy Johnson, a "Man" among men. If you were lucky enough to be friends and sit at his table you just loved to listen to his stories. Great at storytelling, there always would be a great point to the tale. If you were playing gin with Billy you wanted to be on his team--he always knew what you were holding.

Bill was the consummate gentleman. His enthusiasm for fishing was almost childlike but in a charming way. The story of Billy and Joe Walter sinking their boat on Forest Lake attempting to pull in a big fish is classic--those two in their eighties swimming back to shore and then going to dinner, pulling out their wet bills and laying them out to dry, chuckling.

I am sure if you believe in Karma, my Carl, Billy, and Joe are currently playing gin and talking about their favorite spot to fish! Dear Billy, you are missed and will never be forgotten.

Posted May 08, 2019 at 06:49am
Knew Billy for 33 years at Moselem Springs Golf Club. We played together many times, until he gave up playing golf and dedicated the remainder of his life to gin rummy. Great and good man. Will be missed by his many affectionate friends at Moselem Springs. Condolences to the Johnson family and Billy's many friends. RIP.
Sean Duffy'
Neffs. PA
Comment Share
Share via: 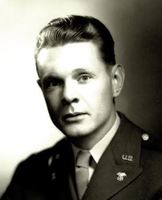 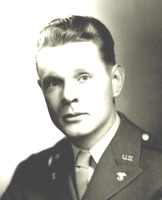