To share your memory on the wall of Michael Spear, sign in using one of the following options:

We encourage you to share your most beloved memories of Michael here, so that the family and other loved ones can always see it. You can upload cherished photographs, or share your favorite stories, and can even comment on those shared by others.

Posted Jan 11, 2020 at 02:13pm
I am deeply saddened by the news of the passing of my friend Mike. We attended St Mary's Parochial school together and were inseparable buddies through the 8th grade. I spent many an enjoyable day in Scenic Knolls with the Spear Family. As we reached high school we had to go our separate ways, me to Berwick, Mike to Central Columbia. The foundation the nuns set for us supported us through life. Honesty, integrity and a concern for the welfare of others were ideals that Mike embodied. My sympathy goes out to the Spear family and to his siblings, Elaine and Rick. Our world is now one good man short. With you in sympathy, Judge Cashman.
Comment Share
Share via:
LM

Posted Jan 10, 2020 at 08:19am
I am truly shocked and sadden to hear about Mike's passing. He was no doubt one of the finest police chiefs I had the opportunity to work with in my role during 30+ years of administration. Beyond his professionalism, I considered Mike to be a friend who always was quick to smile and greeted everyone he met in a way that made them feel appreciated. Blessings to you and your family. I and so sorry for your lose. Dr. Larry Mayes
Comment Share
Share via:
N

Posted Jan 09, 2020 at 10:11am
Mike was a dear friend an hunting companion. We spent almost every morning together at speedway for coffee an talk. Going to miss you my friend an I will always hunt with you in my mind.
Nick Damico
Comment Share
Share via:
M

::Sharing time with Mike was easy.
Always confortable to be with.
Never complained even when in pain.
Never argumentative.
Modest, Always kind.
A good and special man.
Many good times together.
Getting together with Central classmates was big for Mike.
We would talk about the “Glory Days “ in HS at class of ‘70 events but Mike never bragged.
Mike didn’t embellish, his accomplishments spoke for themselves.
#86 was a winner in life beyond the sports arena.
We loved Mike
With Mike’s passing, it is clear that we loved him more than we knew or expressed. Fred and Betti Scheiter purchased flowers for the family of Michael Spear. 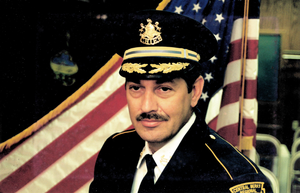 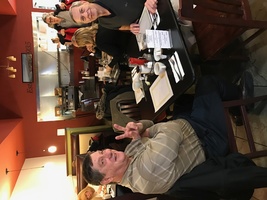