To share your memory on the wall of Richard Kauffman, sign in using one of the following options:

There are no events scheduled. You can still show your support by sending flowers directly to the family, or planting a memorial tree in memory of Richard Ralph Kauffman.
Plant a Tree

We encourage you to share your most beloved memories of Richard here, so that the family and other loved ones can always see it. You can upload cherished photographs, or share your favorite stories, and can even comment on those shared by others.

Posted May 18, 2020 at 06:35pm
Linda - My sincerest condolences; I'm sorry to have read about the passing of Richard. My CNA memories of him are that he was always such a friendly and helpful person and always seemed to have a smile for everyone. Hope you are able to find comfort with family and friends. You are in my thoughts and prayers. Stay safe. Rich Bashore
Comment Share
Share via:
KL

Posted May 18, 2020 at 06:13am
Linda,
My sincerest condolences. May you find comfort in your family, friends, and many happy memories.
Kevin Lerch
Comment Share
Share via:

Posted May 17, 2020 at 09:45am
Linda and Rick,
I'm so so sorry and saddened to learn of your loss of Richard...My thoughts and prayers are with you both and prayers going up...Rest in peace Richard...I only met him once but he was very friendly and easy to talk with...I pray for you Linda, and Rick and the rest of the family to find solace throughout your time of this difficult loss.....Kay Eisenbise
Comment Share
Share via: 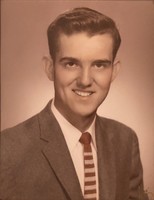