To share your memory on the wall of Craig Wolf, sign in using one of the following options:

Provide comfort for the family of Craig Wolf with a meaningful gesture of sympathy.

Craig was a graduate of Reading High School, class of 1963. He then proudly served his country in the United States Air Force. After his service, he joined the Pennsylvania State Police and worked undercover in the narcotics division. He retired from the PSP after 25 years to command the Drug Task Force in Lancaster County. His goal during his service was to make communities safer for all. When he retired from law enforcement, Craig spent the next 16 years at Lancaster Women’s and Babies Hospital working in security and giving loads of stuffed teddy bears away to the new life leaving the hospital.

Outside of work, Craig spent every other minute he had with his family and friends. He was a Son, Brother, Husband, Father, Pop Pop, neighbor, friend, and everyone's biggest cheerleader. Despite the hard and difficult work he did in law enforcement, every bone in his body was sentimental. Craig made you feel special. He was fiercely loyal (as a die-hard Philadelphia sports fan it's in the DNA), celebrated everyones' achievements big or small, was the first (and last) person on the dance floor, loved a good "dad" joke, and let everyone know they were "First Place" in his heart. He was an active member of St. Catherine of Siena Church as a Eucharistic Minister and usher. Craig volunteered for many church functions from pouring a beer for you at the bazaar, setting up event spaces, or cutting the grass. He could cut grass with the best of them - you just wouldn't ask him to edge your lawn if you liked your ankles. He would tell you with a big grin, "A wide edge is a happy edge." Craig coached soccer and was a member of the "Over the Hill Gang" with Mt. Penn Soccer Club. He was a youth soccer referee. He would volunteer his time at his daughters' swim meets. Craig coached CYO volleyball at SCS, girls high school volleyball at Central Catholic High School, and was President and a coach at X-Court Volleyball Club. He was a long time member, and well past the time his daughters graduated, of Central Catholic's Boosters Club. He has so many fond memories working at Shemanski Stadium and Hill Road gym making sure all the students and athletes had what they needed. He formed more bonds than most people meet in a lifetime. He had so many members in his Brotherhood, from his professional and personal life, that he considered family. He met you, was instantly invested in you, and always without judgment. If there is anything his family and friends have learned from his very full life was the importance of showing up for those who needed help. He spent his entire life being of service to others and his community and for that his daughters and grandchildren have learned so much from his example.

Craig is survived by his mother, Eleanor R. Wolf and his sister, Marjorie Wolf both of Muhlenberg; his (he would say "beautiful") wife Susan M. (Ertel) Wolf of Pennside; his daughters: Lauren E. Wolf of Belmar, NJ, Megan K. (Wolf) wife of Robert Kilmurray of Point Pleasant, NJ, and Alison M. Wolf, of Exeter, PA; and his grandchildren: Nolan Wolf, Charlotte Stacherski, Madison Stacherski, and Ryann Kilmurray. Craig was preceded in death by his father, William H. Wolf.

We encourage you to share your most beloved memories of Craig here, so that the family and other loved ones can always see it. You can upload cherished photographs, or share your favorite stories, and can even comment on those shared by others.

Posted May 21, 2020 at 03:54pm
I first met Craig when I worked at Lancaster City PD while he was in charge of the Lancaster County Drug Task force. I hounded Craig for drug enforcement supplies when ours ran low. He always came thru including a surveillance car or two. Craig was a Great family man, hard working, great leader and a pleasure to rub elbows with. RIP Craig. Denny Arnold
Comment Share
Share via:
DH

Posted May 21, 2020 at 12:52pm
Dan Harelson
I had the privilege of knowing and working together with Craig before I retired from the FBI. This was both while he was with PSP and the Lancaster County Drug Task Force. During those many years we worked jointly on numerous investigations and Craig was always a true professional law enforcement officer. His easy going style, leadership ability, knowledge, integrity and skills were some of his many positive attributes that he always displayed. He was also a very good friend and in addition to his family, Craig will be missed by many associates in the law enforcement community.

Posted May 20, 2020 at 05:31pm
Our deepest sympathy to the family. I remember Craig being a great supporter of all the kids who played sports. He was a true gentleman. 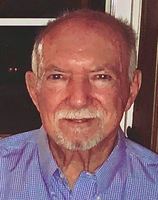 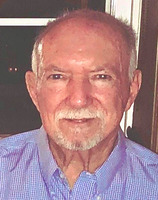