To share your memory on the wall of Clinton Bibbus, sign in using one of the following options:

Clinton was the son of William Bibbus from Exeter Township. Clinton was predeceased b... Read More
Clinton Bibbus, age 27, passed away on June 16, 2020. He resided in Quarryville, PA.

Clinton was the son of William Bibbus from Exeter Township. Clinton was predeceased by his birth mother, Sandra Chapman and brother Jason.

He was the loving fiancé of Therra and a devoted loving father to daughter Claire and son Noah.

Clinton attended Exeter School District where he was very active in wrestling. He later relocated to Arizona with his Dad and brothers where he attended the Kingman School District. One of Clinton’s passions was skating professionally in the roller derby.

His sudden tragic passing has left a hole in the hearts of all that knew him. He will be missed dearly.

At the request of family, services are private. For online condolences, please visit www.lutzfuneralhome.com
Read Less

There are no events scheduled. You can still show your support by sending flowers directly to the family, or planting a memorial tree in memory of Clinton C. Bibbus.
Plant a Tree

We encourage you to share your most beloved memories of Clinton here, so that the family and other loved ones can always see it. You can upload cherished photographs, or share your favorite stories, and can even comment on those shared by others. 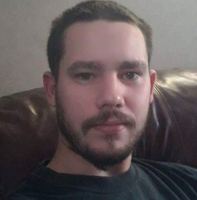