To share your memory on the wall of Colleen Sayer, sign in using one of the following options:

Colleen graduated in 1994 from Exeter High School, received her bachelor's degree on full academic scholarship from Pennsylvania State University in 1997 with a double major of English / Speech Communications with a minor in Political Science with highest honors and attained her law degree on full academic scholarship with honors from Emory University Law School in 2000. She was a member of The Georgia State Barr Assn. and Chester County Barr Assn. She also was a fitness trainer for the US Navy and a yoga instructor for both the Upper Merion High School Rowing Team and Pegasus Rowing Club. Colleen was an attorney for many years working for multiple firms as well as a law professor at Mercer Law School in Macon, Georgia. She was also a cast member at Disney MGM within Walt Disney World in Orlando FL.

In addition to her husband and father, Colleen is survived by her four children: Joseph Jr., Lilly, Jack and Charlotte; her sister Erika Moyer (Todd), Exeter; and many nieces and nephews.

Services and interment are private. In lieu of flowers, contributions may be made to United Way of Chester County, 495 Thomas Jones Way, Suite 302, Exton, PA 19341.

There are no events scheduled. You can still show your support by sending flowers directly to the family, or planting a memorial tree in memory of Colleen Ann Sayer (Hartman).
Plant a Tree

We encourage you to share your most beloved memories of Colleen here, so that the family and other loved ones can always see it. You can upload cherished photographs, or share your favorite stories, and can even comment on those shared by others.

Posted Sep 19, 2020 at 02:40pm
I knew Colleen from LA Fitness, and also did pet sitting for her. It was so wonderful to hear from her in July and that we were able to reconnect. She was willing to help me with the CARES ACT if I needed help. It was tragic to learn that she passed. She will be forever missed. I am so glad that we had a brief time to reconnect. My prayers and thoughts for the family. I will always remember Colleen.
Comment Share
Share via:
AM

Posted Aug 10, 2020 at 11:49am
Colleen, you were always wise beyond your years and a joy to be around. You and your family are in our thoughts. Please rest easily.

Posted Aug 09, 2020 at 09:17am
Greg, please accept my heartfelt condolences to you and Colleen's family. I hope you can all find comfort in her many accomplishments and the fact you have many friends, including me, who are ready to step in with any help we can render.
Comment Share
Share via:
E

Posted Aug 08, 2020 at 11:22am
On behalf of the Exeter H S Eagles Alumni Assn., we extend our heartfelt condolences to Colleen's family. May your memories of her help you through this difficult time. God Bless you all.
Comment Share
Share via: 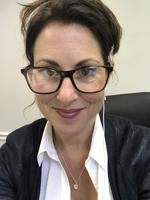