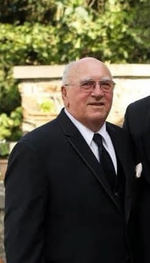 On December 26, 2020, Frank Joseph Elias, son of Frank Sr. and Agnes Elias, affectionately known as "Coach" and "Boo Boo," was traded to play ball for the all-star team in Heaven. He was 77 years old.
He leaves behind a legacy of students, athletes, friends and family members whose lives he changed forever, in addition to the light of his life, his wife of 50 years, Joy Michelle Elias, their fur baby Bella, his world, son Kevin Craig Elias (wife Lindsey and two children, Jaylin and Lily,) one sister Agnes Grounard (husband Danny), one brother John Elias, countless nieces and nephews, and many extended family members, all of whom he loved beyond measure. He was preceded in death by a sister, Patricia Gormley.
Frank was larger-than-life, a coach in all aspects--both on the field and in the real world. He lived for two things: family and baseball; and brought an energy to life that impacted anyone who met him.
Frank embodied loyalty—both to those he loved and those he coached. He commanded the ball field the second a game started...and if you couldn't see him then you could usually hear him.
He dedicated his time to bringing out the best in others, imparting wisdom through Frank-isms, which were as one-of-a-kind and memorable as the man himself.
Frank would go to bat for anyone (unless you were playing on the opposing team, in which case he became someone you regarded with a mixture of respect and intimidation.)
He loved his alma mater, University of Nebraska (where he served as catcher on the baseball team), Morris Knolls High School (where he spent more time than anywhere,) living life outdoors (hunting, fishing, trapping and crabbing), changing young lives at Denville Rec Baseball camp each summer (for more than 40 years), and telling unforgettable stories.
Frank could eat a bowl of ice cream anytime, and always marveled at its deliciousness. He was constantly busy doing something--and couldn't sit still. Frank could make friends with strangers in 5 seconds, and, even at 77 years old, he could tell you the play-by-play of a baseball game that happened 30 years prior, and make you feel like you were in the bleachers, watching. He was never short on advice, and if you were lucky enough to hear him say, "I’m gonna tell ya...," then your life was about to be changed by the words that followed.
Frank spent his free time, after a long career as a beloved coach and gym teacher, traveling, hanging around Myrtle Beach, enjoying Coors Light (but only if it was fresh—because otherwise it was getting sent back), golfing, and making memories with his family and friends.
His smile lit up a room, and his laugh made you laugh. We will miss those things so much.
It's impossible to capture Frank's full essence or the impact he had on so many lives in words...and it will be impossible to fill the void he leaves behind.
You knocked life outta the park, Frank. We're so grateful and forever changed by every moment you blessed us with.
Frank deserves a truly special memorial--fitting of the legend he is. Please join us for a celebration of life in New Jersey this spring. Details to come at a later date.

In lieu of flowers, please consider making a donation to the Alzheimer’s Association.

Services and interment are private. Lutz Funeral Home, Inc. is in charge of arrangements. For online condolences, please visit www.LutzFuneralHome.com