To share your memory on the wall of Steward Kissinger, sign in using one of the following options:

In addition to his wife, George is survived by one daughter Stephanie A. Kissinger, Mohnton, and grandson Austin A. Ellefson. Also, brother-in-law's Melvin E. Wentzel(Mindy), Williamsport, James Good, Mohnton, half brother Ronald G. Kissinger(Donna Fox) Stevens. One sister Sharon Miller(Michael) Exeter, half sister Julie Schlimme, Downingtown; nieces Sadie, Taylor, and Billette; nephews Michael, Bryan, Andrew, and Samuel. George has many cousins in Pennsylvania and Florida. He was predeceased by his sister Barbara Good.

The family of George Kissinger is holding a celebration of George's life on Saturday June 5, 2021 from 1:00 PM to 5:00 PM. It will be held at the Pavilion/Picnic area at the Gouglersville Fire Company. It is an outdoor affair so please dress casual and feel free to bring a lawn chair. For online condolences, visit www.LutzFuneralHome.com.
Read Less

There are no events scheduled. You can still show your support by sending flowers directly to the family, or planting a memorial tree in memory of Steward G "George" Kissinger.
Plant a Tree

We encourage you to share your most beloved memories of Steward here, so that the family and other loved ones can always see it. You can upload cherished photographs, or share your favorite stories, and can even comment on those shared by others.

Posted Mar 31, 2021 at 05:10pm
Wishing you peace to bring comfort, courage to face the days ahead and loving memories to forever hold in your hearts. 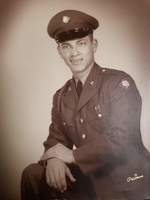